Wrapping up my workday with fifteen minutes to go before stepping outside into Friday freedom, I hear my phone ping. A short text from my daughter: Hey, Mom, would you want to chat later?

It’s been a couple of weeks since we talked, and since she lives on the other side of the country, of course, I wanted to chat! My fingers tapped back: Sure! I’ll call in a half hour when I’m home.

For hours to fly by when we talk on the phone isn’t unusual at all. But this call turned out to beat that record by a landslide. When my husband walked through the door, home from work, I said, “Hi Honey, I’ve been talking to Steph for two hours.”

“Are you kidding me?” He asked, grinning, not understanding what in the world could keep a conversation going for so long.

And it kept going. We chatted about work – the fun and the annoying elements, and about friends. I asked her about the 3-year-old tabby cat, Oliver, she and her husband recently adopted. Somehow the weather swept into our conversation – another drought and fire season on the horizon for us, and lastly, about her brother who is moving out in a week, embarking on a new chapter of life. He’s been home with us for a couple of years post college graduation, working full-time remotely. But the time has come. The time is right.

Steph and I gabbed about Michael’s new chapter nudging “Dad and I” into our new Empty Nesters stage. Exciting times for all of us, but bittersweet where many different emotions whirl around in our heads and hearts. The thing is he’s moving across country, too, which means both of our children will be on the same coast as each other, but miles and miles and miles away from us. This is when our hearts become heavy. We can’t see Steph and Ryan on a whim, and the same will be for Michael when he’s moved.

I filled Steph in about Michael wanting to help us rearrange furniture in the bedrooms so that Mom and Dad can reap the benefits of having the house to themselves. Shortly after he signed his apartment lease, with each day came a new flood of tears for me. But as he moves furniture and rewires electronics, he has tamped down those tears by keeping my brain and emotions occupied. Though a tsunami will gush on the day he drives away. No doubt.

Steph understood. When she and Ryan moved, Michael lived with us. Tears still trickled down our cheeks, but it was different with having one of our kids still at home. So, when Michael leaves, it’ll just be Matt, me, and Copper, our crazy canine, who will watch the distance widen between us and his car. We know Copper will sense the emptiness in the house, missing the cuddles, too, from his brother.

After Matt watered the grass, he poured us some Pinot Noir and Chardonnay and I carried the conversation out to the patio. He joined in, telling Steph all about his recent motorcycle trip, and how he checked off that box on his bucket list. He shared that his dad, two weeks shy of turning 98, is not doing well. “Give him a call,” he tells her. “And send him a birthday card with photos of Ollie. He’d love that.”

Before we knew it, tears from all of us struggled for freedom. The conversation stayed light-hearted, full of laughter, but also brimmed with love and poignancy. When we all finally said talk to ya later, four hours had passed!

Here’s my take-away: we love our children so much, yes, and sometimes to the point that it hurts. Parenting doesn’t get easier as age transforms into a larger number – with each new phase develops new sets of worries. But as our daughter and son pave their own paths, we couldn’t be prouder. They’re adulting and doing it well. We just wish their paths were on the west coast. Such is life. And as the gray hairs flourish and the wrinkles form, knowing they love us to the same extent is something so much bigger to be thankful for – and knowledge to sustain us until we or they hop on a plane, heading across country.

A phone call to treasure.

Thank you for sharing. 💗

"There is nothing to writing. All you do is sit down at a typewriter and bleed." Ernest Hemingway 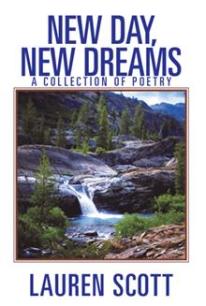 All proceeds are donated to The Chris Klug Foundation to support Organ Donation in honor of my daughter.